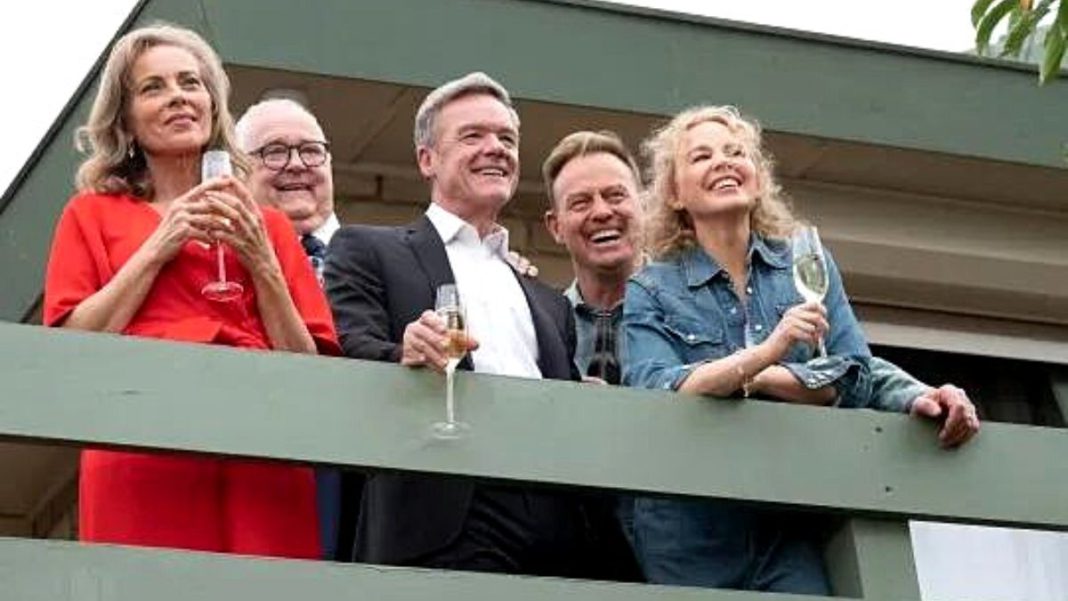 Following the amazing news Neighbours will return, fans can’t help but wonder one thing – what will the new era of Ramsay Street look like?

The news Amazon had saved the popular Australian soap broke last week, with a new season in the works and set to premiere exclusively for free on Freevee in the UK and US in 2023.

Amazon has also acquired the online rights to thousands of episodes from the previous years, all of which will be available to view prior to the new series’ premiere.

Production is set to commence in early 2023 with a world premiere slated for the second half of the year.

Further details about the upcoming “season” of the show have now been revealed. It has already been announced that stars Stefan Dennis, Alan Fletcher, Ryan Moloney, and Jackie Woodburne, who played Paul Robinson, Karl Kennedy, Toadie Rebecci, and Susan, will return to reprise their leading roles.

According to a source who spoke to Digital Spy, “The plan is for Neighbours to keep its format as a high-volume daily soap opera, so it’ll still be the show that fans know and love.”

Two further seasons with a total of 200 episodes each are in the works. It’s an amazing outcome for the show’s viewers who believed they had seen the last of it when the season finale aired in July.

The reasoning behind Freevee is that daily episode releases will keep viewers coming back to the streaming service and interacting with other available content.

Neighbours will be able to air 9,000 episodes thanks to Amazon Freevee, with the final episode on Channel 5 being episode number 8,903.

‘We have many more announcements ahead, so stay tuned’, Executive Producer producer Jason Herbison added to the publication.

‘I can assure you there are a lot of new episodes on the way. We have been a big part of people’s lives and we hope to be again.’

The final episode of Neighbours that aired on Channel 5 saw the return of many familiar faces including Jason Donovan, Kylie Minogue and Margot Robbie. It was watched by more than 4 million viewers.