Home and Away confirms Felicity storyline for Australian season finale 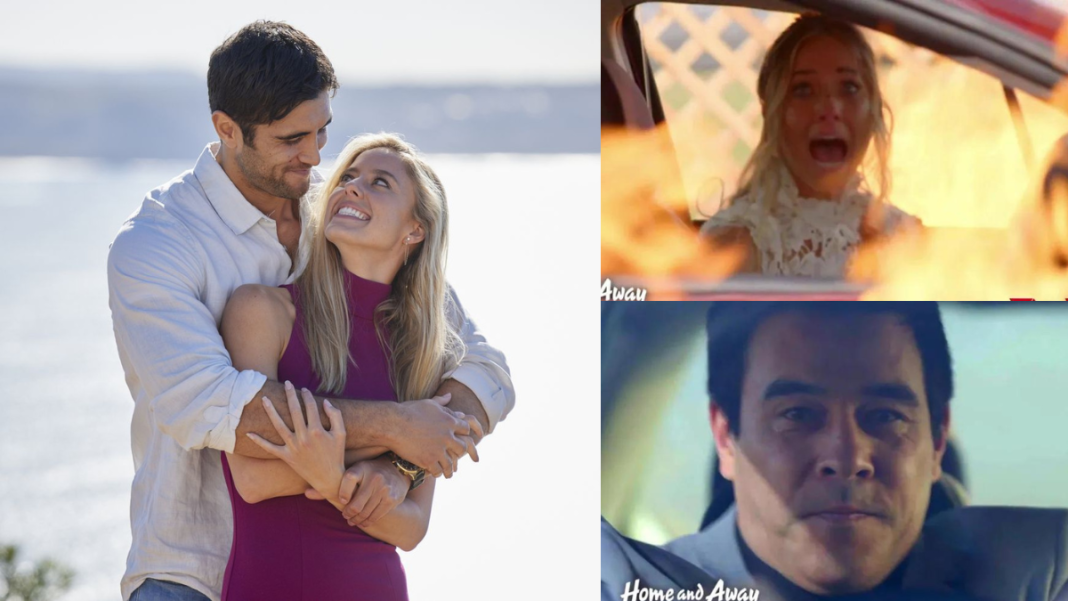 In the Australian season finale of the television series Home and Away the next week, Felicity Newman will once more question her wedding preparations.

The final episode of the year, which will be broadcast on Monday, November 28, on Channel 7 in Australia, will feature a major role for both Felicity and her fiancé Tane Parata.

Felicity will experience second thoughts prior to the wedding, according to a brand-new trailer for the programme.

Felicity has never questioned how much she loves Tane, but in recent weeks, she has also wondered if marriage is the best course of action for them.

Felicity is seen saying to her brother Cash in the latest teaser clip, “I’m kind of stressing out a bit.”

Cash inquires, “What about?” Felicity responds: “Marriage. lifetime dedication to a single person.”

In addition, Felicity expresses her concerns to her friend and business partner Mackenzie Booth, who reassures her that feeling anxious is acceptable.

Cash is much less patient with his sister on the wedding day and loses his cool. Do you realise how fortunate you are? Tane loves you, he says to her.

There’s also a first-look at a road-related drama which takes place for Felicity on the day, which is expected to spark a disastrous chain of events and leave lives hanging in the balance.

The official synopsis for the episode reads: “Eden stays strong for Remi. Ziggy and Dean struggle to fit in at birthing class. Cash opens his heart to Eden. The bride is driving towards disaster.”

The finale airs at 7pm on Monday in an extended 90-minute slot.

Home and Away fans in the UK have already seen their final episode of the year on Channel 5. Due to the transmission gap between the UK and Australia, the Australian finale episode won’t air on Channel 5 until March.