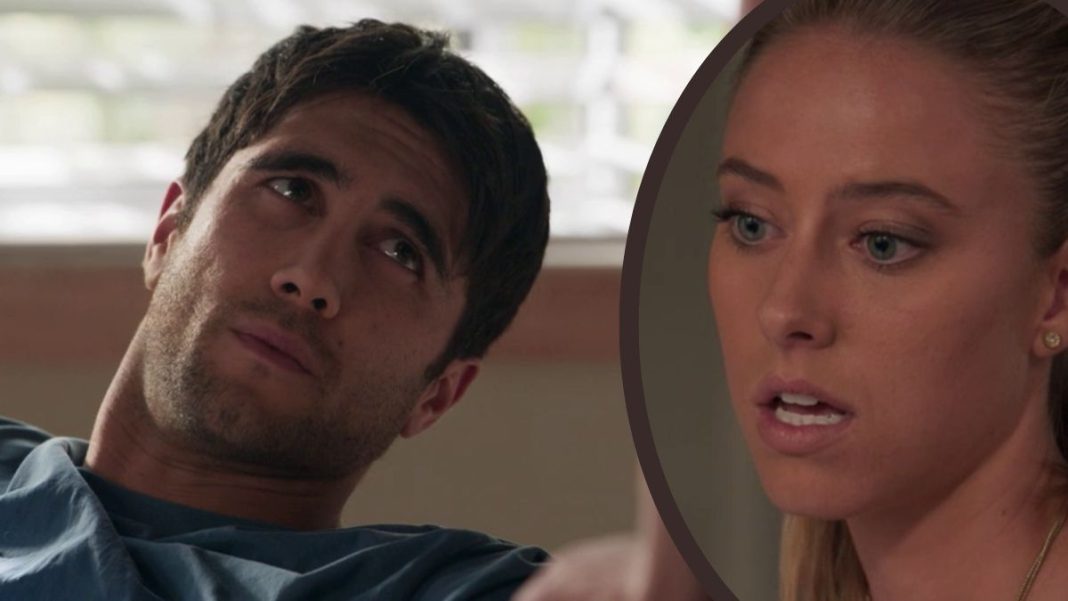 The most recent Australian episode of Home and Away included a wedding crisis for Tane Parata and Felicity Newman.

Tane startled Felicity with an unexpected proposal, and the well-known Summer Bay couple recently got engaged.

Felicity agreed, but she later admitted to Mackenzie Booth that she only agreed because she was under pressure.

This was in part because Tane had gone all out with his proposal, asking Felicity out in front of everyone to see what she would say.

In the Channel 7 show airing on Tuesday, Tane and Felicity’s acquaintances began to enquire about the intricacies of their wedding preparation.

Felicity made an effort to steer the conversation away from the probable dates and venues that everyone was curious about.

Knowing she isn’t ready yet, Felicity wants to put off the ceremony as long as she can.

Tane, however, was sceptical and began to suspect anything was amiss when he began to enquire as well and received similarly evasive answers.

When Mac emphasised that the wedding wasn’t happening right away, Felicity’s own concerns about it appeared to be lessened.

Tane rebuffed Felicity’s invitation to get in the shower with her when she got home, insisting that they needed to talk instead.

Tane enquired: “You are keeping something from me. Why do you always want to leave the room as soon as I mention the wedding?”

Wednesday’s Australian episode will see Tane do some detective work, looking back at photos from the proposal and seeing that Felicity was secretly miserable.

When Tane later calls the wedding off, will Felicity be relieved or disappointed?