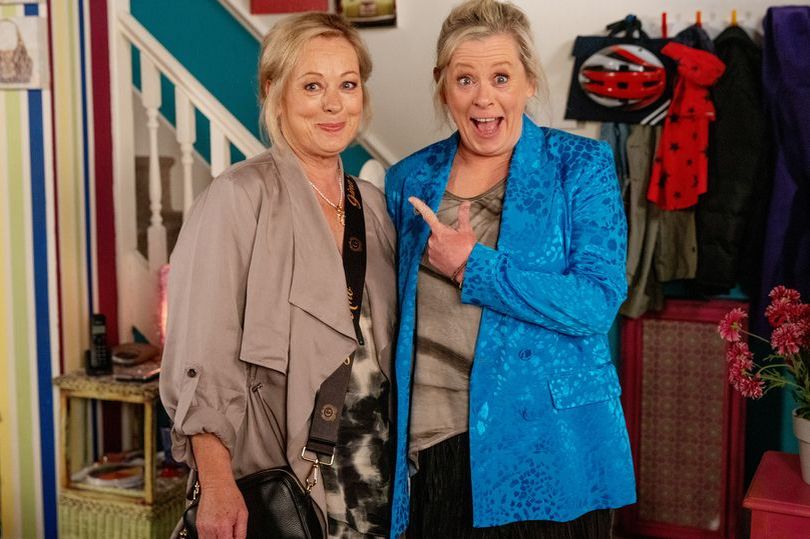 This time she will be a whole new character

After a 22-year absence, Gabrielle Glaister is making a comeback to the renowned cobbles. She will play a totally different role this time.

In 2000, Coronation Street actor Glaister played Deborah “Debs” Brownlow for 75 episodes. Debs resided at 6 for nine months while working as a hairstylist at Audrey’s salon.

Jane Hazlegrove, who plays Bernie in Corrie, came up with the idea for her character to have a duplicate because she and Gabrielle were frequently confused. I told Jonathan about this notion a while back, she said. People frequently say they have seen one of Gabby or me in something when in fact they have seen the other of us.

We had often laughed about it together, but I then began to consider how much fun it might be to have her appear on the show as Bernie’s doppelganger or hidden twin. When they informed me that they had developed this plot and that Gabby was on board, I was overjoyed.

“I was at the Soap Awards when someone who used to work with Gabby started talking to me believing I was her,” the actress continued. “Shortly after I had heard that we were shooting the narrative. In spite of the fact that the actor was horrified when I revealed my identity, I don’t mind being mistaken for Gabby since it is a tremendous compliment, and I privately thought, “That’s brilliant, this plot is going to work so beautifully.”Says Gabrielle “For many years, people have thought Jane and I were the same person. Jane insistence that she wasn’t in Brookside, and me persistently claiming that I was in Casualty! Alternatively, I can receive praise for a role I didn’t play since Jane was the star and I wasn’t.”