EastEnders’ Finlay Baker to play matchmaker between Billy and Honey 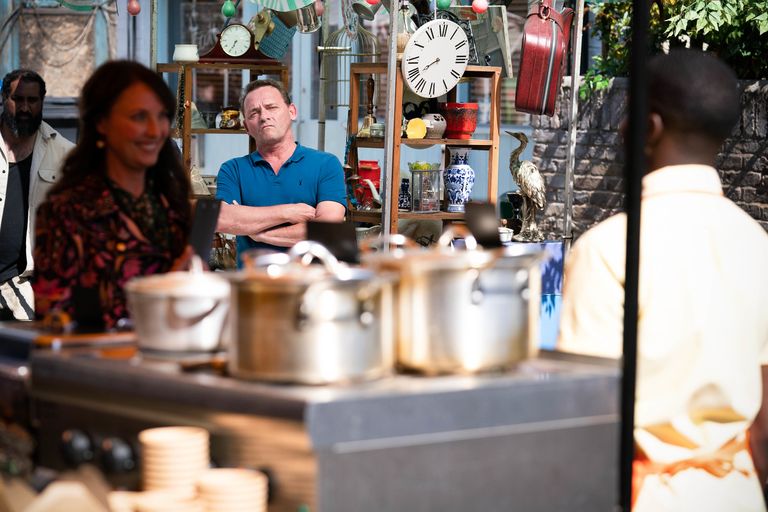 Will he be successful?

Following Honey Mitchell’s recent breakup from Jay Brown, EastEnders is implying that they will get back together, and it appears that Finlay Baker will act as the matchmaker.

Billy feels jealous when he sees Finlay and Honey together in the Minute Mart in scenes that will air the following week.

Sonia confronts Kim after spotting her avoiding Honey and demands that she give Honey the money she is owed from their bet, in which they challenged Honey to answer yes to everything asked of her.

At The Vic later on, a perceptive Finlay informs Billy that he is aware of his love for Honey.

Billy tells Finlay that Honey is the one lady for him when they are both admiring each other’s charms and confidence in the stall. Then Finlay starts to consider what he can do to assist.

What will Finlay propose? Furthermore, will it actually work?

Next week’s episodes of EastEnders will also have Amy making a serious error when she does something stupid in an effort to impress Denzel and ends herself in the hospital as a result.