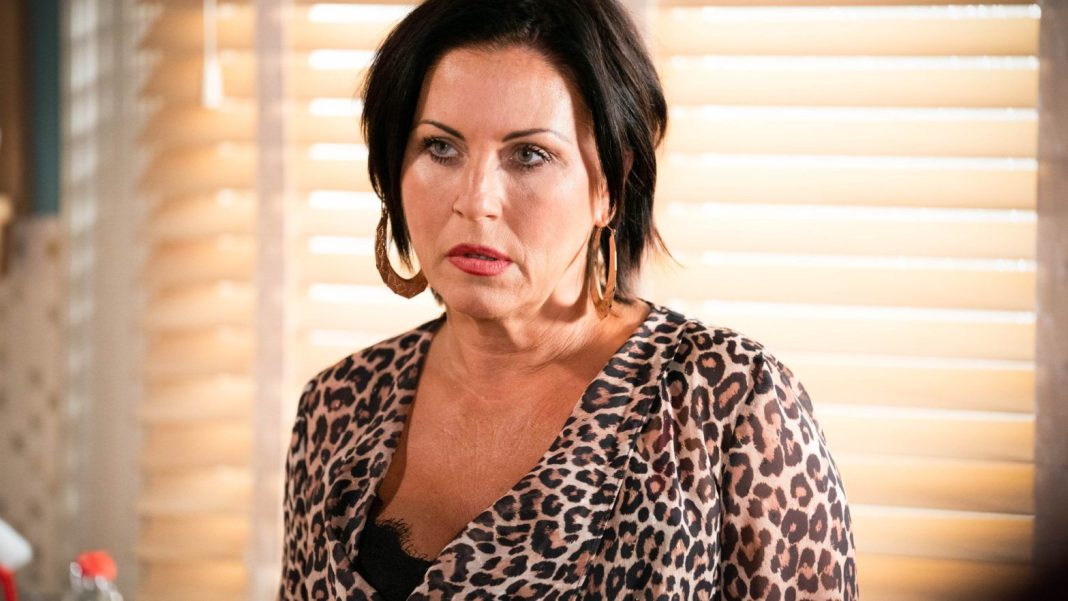 Wallace, who plays Kat Slater on the venerable soap opera, lashed out at The Tyre Extinguishers after they protested by deflating the tires on her Range Rover Evoque.

“These a***holes should be locked up for the devastation they are making,” the 50-year-old actress wrote on social media.
The tweet included a picture of a letter that the campaign group had left outlining their justifications for the action. You won’t have any trouble getting around without your gas guzzler using walking, cycling, or public transportation, the letter stated.
Earlier this year, a group of activists gained notoriety when they deflated the tires of SUVs in places all around Britain because they are “climate disasters.”

The organization calls itself “leaderless” and urges individuals to take action by reading its website’s instructions on how to deflate tires.

SUVs are larger than regular automobiles and contain features that make them suitable for off-road driving, such as high ground clearance.
Models with gasoline and diesel engines often have lower fuel efficiency than automobiles.
According to Marion Walker, a spokeswoman for the Tyre Extinguishers, “We don’t expect anyone to be captured unless a bobby is posted near every SUV in the country 24 hours a day.”
It is preferable to break the law than to permit the continued use of these deadly automobiles on our streets.