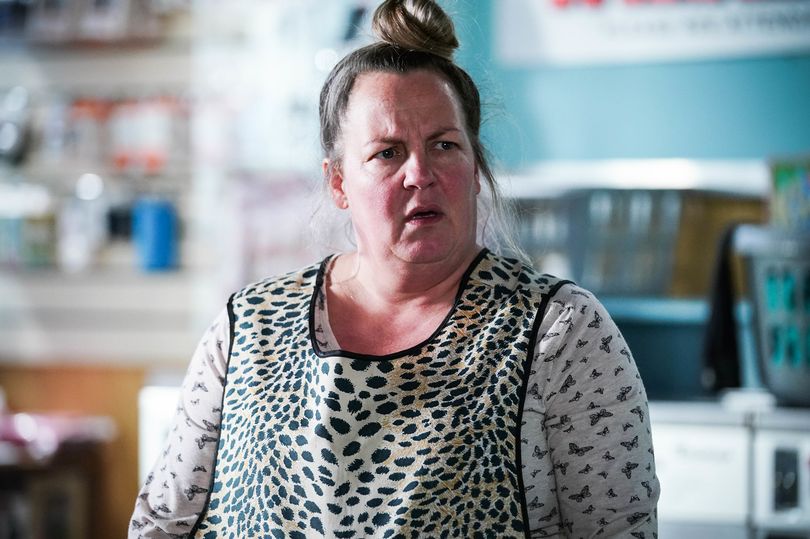 Lorraine Stanley has demonstrated that she is a very skilled performer who can take on a wide range of parts, despite the fact that she is best recognized for her iconic role in EastEnders. The celebrity first made an appearance on Albert Square in 2017, but since then, she has filled screens with a range of characters, including a bartender opposite Tom Hardy in the hugely successful crime drama Legend.

Lorraine had starred in the Pat and Mo special of the program in 2004 before settling into the Square in 2017 as Karen Taylor with her two kids Bernie and Keanu, but the seasoned actor has had roles on both the small and big screens.She has been on television in Call the Midwife, Holby City, Casualty, The Bill, and London’s Burning, among other shows. London to Brighton, Made in Dagenham, and Suffragette are among the movies she has acted in.

But in 2015’s Legend, Lorraine hardly resembled herself. In the biographical thriller, Tom Hardy, an A-list celebrity, portrayed Ronnie and Reggie Kray, two of East London’s most infamous and feared criminals.

In the film, Lorraine was dressed to the nines with platinum blonde hair and period attire. She posted a self-portrait in black and white to Twitter in 2015 as she posed in front of a classic car on the set of a movie.In 2020, a fan of Lorraine’s shared a vintage photo of the actor and Tom Hardy on the Legend set. She was once more identifiable because to her blonde hair and retro attire. The three love emojis Lorraine used in her response showed how moved she was by the praise for “two of the best British performers in the business.”