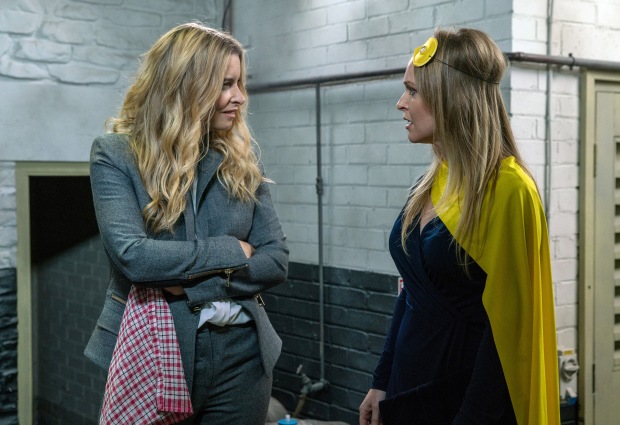 After viewers first witnessed their chemistry in 2017, the former couple made their relationship public in 2018, and remained together until Vanessa learned that Charity had cheated on her with newbie Mackenzie two years later (Lawrence Robb).

They are moving in different paths now, but they will “always care for each other,” according to ITV soap producer Jane Hudson.

Vanessa and Suzy’s relationship is still relatively fresh, and for a new relationship, they have had to cope with a lot of challenging difficulties, Jane told ,

“I believe it is only appropriate that we give that relationship a chance to grow and that we investigate what their future may hold.

“I believe Charity has made it very plain that she has feelings for Mackenzie, that those sentiments are shared, and that the two of them are involved in a lot of things as well, especially in light of what Noah has recently been up to.

“I believe Vanessa and Charity will always feel affection for one another and care for one another. They also have their children to consider, who some people would describe as being like brothers. There will therefore always be some chemistry between them.
Charity recently made her pregnancy known to partner Mack.

They wanted the kid, despite the fact that it took her some time to get used to the news.

Things change, though, when Charity feels tremendous pain and passes out in the kitchen.

Mack is fully oblivious of Charity’s circumstance as he is preoccupied with taking care of Moses and talking with Moira about parenting.
Because of an ectopic pregnancy, Charity is in pain, and there is no possibility the baby will survive.
According to actor Lawrence Robb, when Mack finally finds Charity, there is “blind fear sprinkled with denial.”
“He undoubtedly felt a sense of responsibility over the entire situation.

He will have been aware that Charity would be suffering at that point as a result of his acts, but I suppose the optimism or hope would have largely masked those emotions.

How will the pair handle this terrible news?