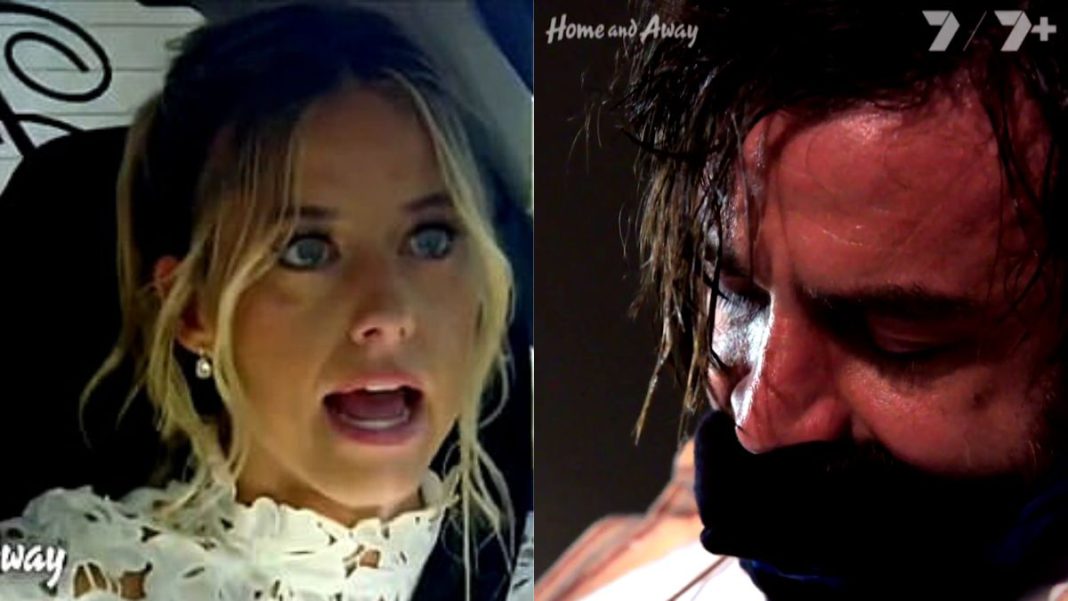 The end-of-year cliffhanger is almost upon us.

Home and Away has confirmed further details of its Australian season finale episode.

The Summer Bay soap has already finished up for the year on Channel 5 for UK viewers, but the drama is continuing for Australian fans for a few more days.

As with previous years, the network has scheduled in a specially-extended 90-minute episode to finish the year with. This will run from 7pm to 8.30pm.

According to the official summary: “Eden remains steadfast for Remi. At the birthing class, Dean and Ziggy have trouble fitting in. Cash lets Eden into his heart. The bride is heading straight for trouble.”

In the must-watch episode, several ongoing storylines appear to be coming to a close.

Fearful scenes involving Remi’s captivity were hinted at in recently released promotional video, which led to speculation that Bree Cameron’s violent husband Jacob might be to blame.

Following a string of casual hookups, Cash and Eden’s chemistry has also sparked a “will they or won’t they?” plot in recent months.

Felicity has been eager to act as the couple’s matchmaker, but so far, her meddling hasn’t been well received.

Tane Parata and Felicity are set to get married, but a car accident is predicted to ruin their special day.

Every year in Australia, Home and Away takes a lengthy break in November before returning for the new season in late January or early February. Channel 5, which airs episodes several weeks after the Australian broadcasts, gives UK viewers an earlier return date at the start of January.

The 2023 season’s synopsis previously hinted that it would be “another unmissable year in Summer Bay, with the lives and loves of Australia’s most famous beachside community thrown into turmoil in the wake of a tragedy that will send shockwaves throughout the Bay.”

Newcomers and unexpected returnees from the past are expected to shake things up in the high-octane season return.