Home and Away reveals cause of disaster in Australian season finale 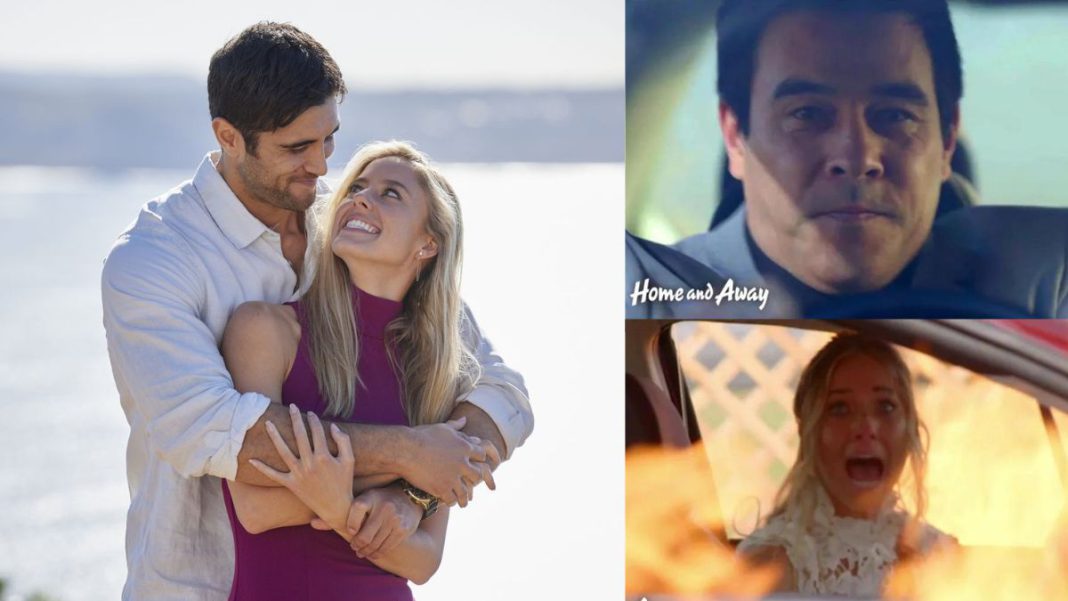 Felicity is on a collision course.

Home and Away has shared more details of the road disaster that’s coming up in Summer Bay.

The popular soap has previously teased that Felicity Newman is heading for trouble on the day of her wedding.

Felicity is due to tie the knot with Tane Parata in the 2022 season finale episode, which airs on Channel 7 next week.

A recently-released trailer offers a first look at Felicity finding herself in danger while driving on the big day.

An expanded synopsis for the finale of Home and Away has now been released, and it implies that the incident was the result of intentional sabotage.

According to the teaser (via TV Tonight): “The happy couple’s closest friends and whanau come together to celebrate the highly anticipated wedding of Tane Parata and Felicity Newman.

Cash surprises Felicity with a gift as a touching expression of brotherly love: he has painstakingly restored their late father’s old ute to make the ideal wedding vehicle, with Justin’s assistance.

Felicity is touched by the thoughtful present and is excited to include a special memento of her father in her wedding. However, a sinister figure hiding in the shadows tampers with the ute’s brake line as the soon-to-be bride relaxes and enjoys her last night as a Newman.

“Felicity experiences a panic attack the morning of the wedding after realising the seriousness of the commitment she is about to make. She begins to panic and hurriedly cancels the wedding, but her best friend and fellow bridesmaid Eden intervenes and convinces her otherwise.

“Gary, Cash, and Nikau make an effort to delay the approaching groom. Tane starts to fear that he will be abandoned at the altar, but his bride is already on the way. and heading straight into peril.

“Will Tane be able to wed the one he loves? Or will their ideal day go up in smoke?”

Home and Away‘s season finale is scheduled to air on Monday (November 28) at 7pm in a 90-minute slot on Channel 7.

UK fans will get to see these scenes on Channel 5 in March, due to the transmission gap with Australia.