Home and Away revisits Theo Poulos’ past in emotional new scenes 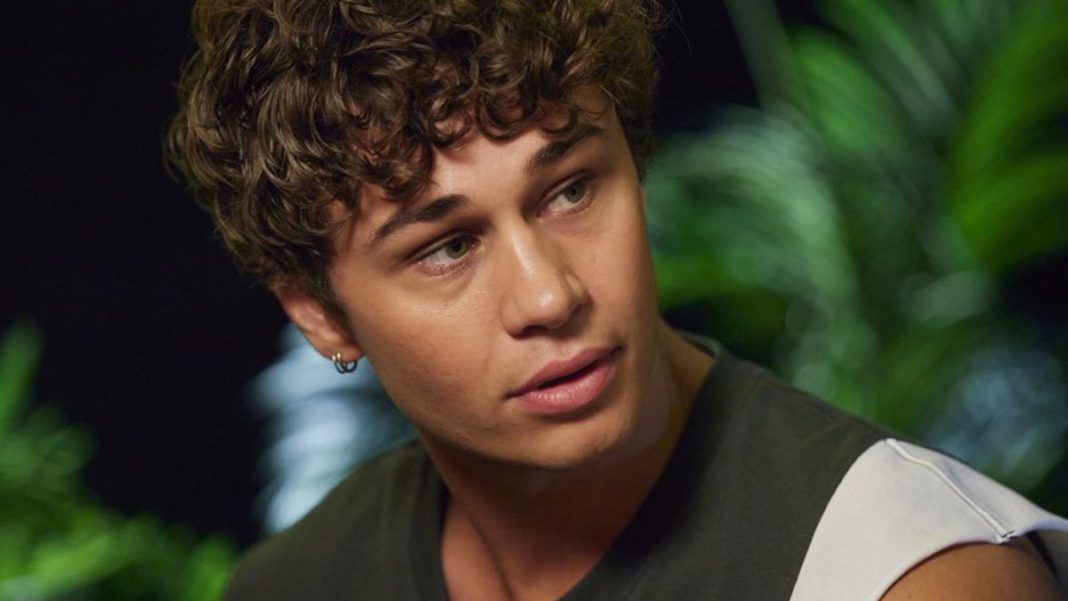 He opens up to Kirby.

Home and Away has revisited Theo Poulos’ emotional backstory in the show’s latest Australian episode.

Theo took centre stage in an issue-based story earlier this year when it was revealed that his father Dimitri was violent towards him when he was younger.

Life is happier for Theo now that he’s living with his aunt Leah Patterson and dating his Lyrik bandmate Kirby Aramoana. However, he had never confided in Kirby about his traumatic past.

Wednesday’s episode on Channel 7 saw this change as Theo questioned the future of his relationship with Kirby.

Theo was worried when, while helping to celebrate Tane Parata and Felicity Newman’s upcoming wedding, Kirby casually mentioned getting married in the future.

Theo’s attitude towards her abruptly changed as he thought about Kirby’s remark and realised that he couldn’t see marriage in his own future.

Theo discussed his new problem with Leah and Justin Morgan in the most recent episode of the show. The couple questioned whether Theo’s reluctance to get married might have been influenced by growing up and witnessing his parents’ strained relationship.

Theo quickly cleared the air by emphasising that marriage isn’t a priority for her in the near future when she realised it was time to be honest with Kirby.

Corey said: “It’s only been a few months since we started going out. The last thing on my mind is getting married. One day, but I can’t even see it because it’s so far away.”

The first time Theo had brought up Dimitri’s violence was when Kirby mentioned that her father wants her to get married someday.

Theo revealed how Dimitri’s outburst at home affected him in an emotional scene. He was relieved when he and Kirby finally became closer as a result of the heart-to-heart.

After Leah was finally made aware of Dimitri’s abuse of Theo in April, he was last seen on the show. Additionally, he brutally assaulted Justin Morgan in a few of his last episodes.

It was established in May that Dimitri had appeared in court for his violent actions. He was given a two-year good behaviour bond and told to take anger control classes.