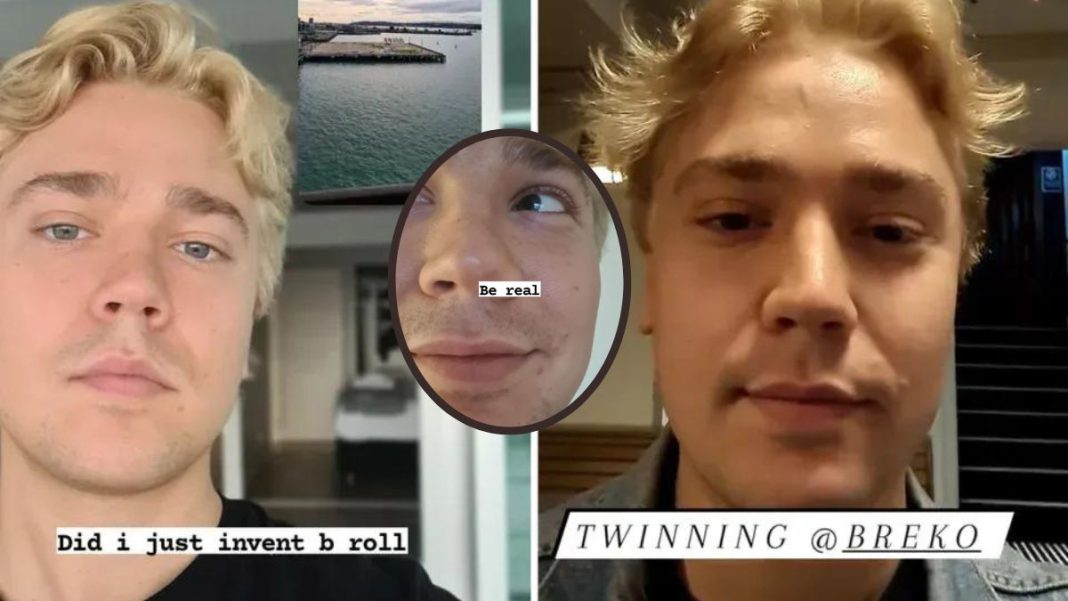 Home and Away star Lukas Radovich has unveiled a brand new look, leaving fans wondering if he’s making some big career moves behind the scenes.

The actor played Ryder Jackson on the soap for four and a half years and was introduced as Alf Stewart’s (Ray Meagher) long-lost grandson.

He got close to Bella Nixon, his best friend, and his on-screen aunt Roo Stewart (Georgie Parker) (Courtney Miller).

Due to continuity difficulties and the fast-paced nature of the soap opera, actors are typically not permitted to undergo a significant hair change while appearing on the show.
Since he is no longer required to maintain Ryder’s appearance, Lukas has bleached his dark brown hair to a light blonde. He has had curly, dark brown hair for the past five years.

The celebrity posted several pictures of his new appearance on Instagram and said that he was in Auckland, New Zealand.

One supporter even commented that the new hair colour “fits” him.

Another person commented, “So different,” while a third person said they “loved it.”

On social media, there weren’t many critical remarks, although one fan complained that he was “too blonde,” which made him “appear pale.”

The actor has kept busy by directing a music video and updating his headshots, even though he hasn’t revealed anything about his upcoming acting part.

He also posted some behind-the-scenes videos following the September filming of a short.

He posted on Instagram, “A whackadoodle four day shoot for a short film with the literal dream squad.”

Patrick O’Connor (Dean Thompson), a fellow Home and Away actor, was visible on screen as a character who appeared to be a tradesman wearing a hard hat.

Claudia Doumit, an Australian actress well known for playing Victoria Neuman on The Boys, was also mentioned by Lukas.

Fans were delighted at the sneak peek, with one saying it looked ‘exciting’.

“Can’t wait to see the results mate,” a second added.