Star Luisa Bradshaw-White of EastEnders is bowing out of her appearance as Tina Carter.

The actress, who has played Tina’s part for seven years, today (October 16) revealed the news on Instagram. As part of a storyline airing later this year, Tina will be leaving Walford.

“Luisa said in a nostalgic post:” The time has now come to say farewell to my family from EastEnders. At the end of the year, I am leaving EE!

It’s time for me to move on after seven incredible years and get pumped about other projects! On EastEnders, I had the most unexpected time and would miss the cast and crew so much. I’m still curious about the new experiences that await me, however. 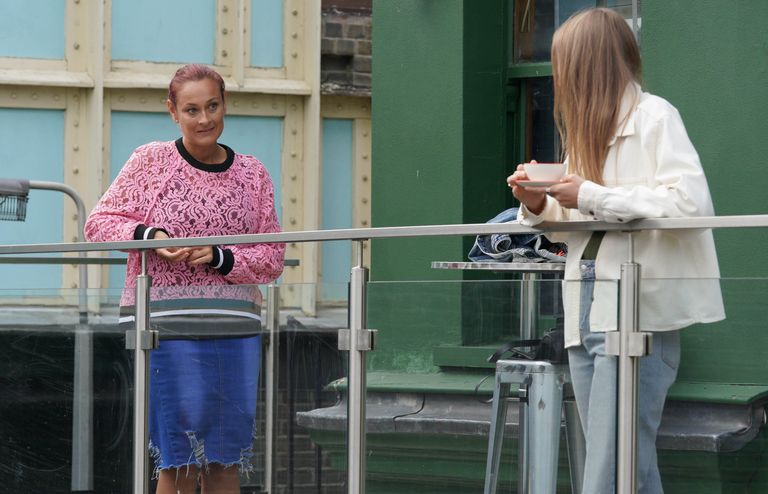 It’s been an incredible journey. I am being part of the 30th anniversary, the live episodes, the Carter family, collaborating with my closest friends every day. I love you more than anything in the world @officialdannydyer @Kelliebrightofficial and # LindaHenry.

Thanks to all the great and loyal fans for your love and support of Tina. I loved it too much. There’s a lot of drama to come! Keep waiting! Back in 2013, Tina was revealed as the sister of existing character Shirley and the rest of the Carter family quickly followed her.

Since then, over the years, Tina has been at the forefront of several major EastEnders storylines, most notably her manipulative ex-husband Tosh’s domestic violence plot.

Tina’s tenure on the show also saw her have a romantic relationship with Sonia Fowler and a contentious one-night stand with Billy Mitchell, who was dating. More recently, newcomer Frankie Lewis became friends with her.