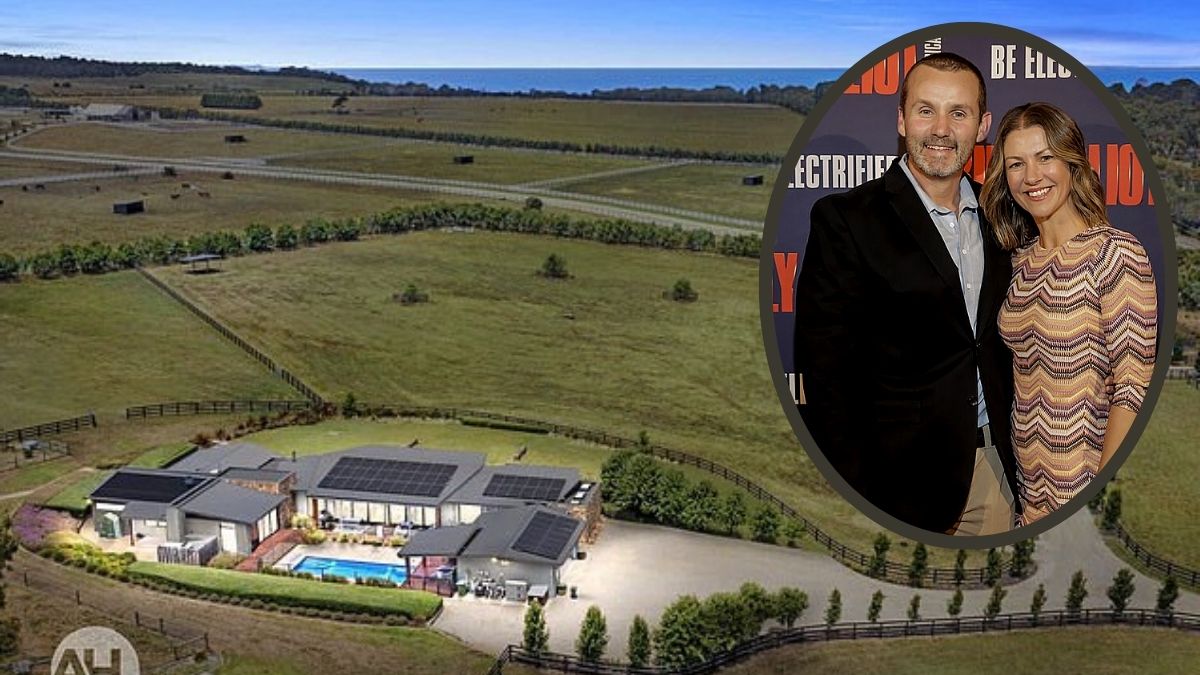 The luxury Mornington Peninsula estate of Ryan Moloney and his wife Alison has been advertised with a price range of $7.5 million to $8 million.

Ryan has played Jarrod ‘Toadfish‘ Rebecchi on Neighbours since 1995, but his four-bedroom mansion is a long cry from his character’s poor Ramsay Street digs.

Unlike living on the imaginary cul-de-sac, the fully private residence is surrounded by rolling land for miles, ensuring that no inquisitive Neighbors get a sneak peek.

The full-length windows in the integrated lounge and kitchen area flood the space with natural light.

The pool and firepit area, which has built-in seating, is accessible through sliding glass doors, making it ideal for entertaining guests.

There’s a master suite with an en suite bathroom and a large dressing area, as well as a study for those who work from home.

The bathroom contains his-and-hers sinks as well as a standalone bath, which is ideal for relaxing and taking in the scenery.

The area’s big horse shelters and 60x20m riding ring, according to Homes and Acreage director Grant Perry, will really appeal’ to someone with horses.

Mr. Perry continued, ‘You can ride straight out from the property down to Balnarring Beach, where you are allowed to ride on the beach.’

Meanwhile, viewers recently chose Ryan’s character Toadie as the most popular Neighbours character of all time.

Thousands of people voted for Toadie to be at the top of the list in a survey conducted by the Australian soap fan site Back to the Bay last month.