Neighbours Spoilers – Levi and Freya kiss as her secrets unravel 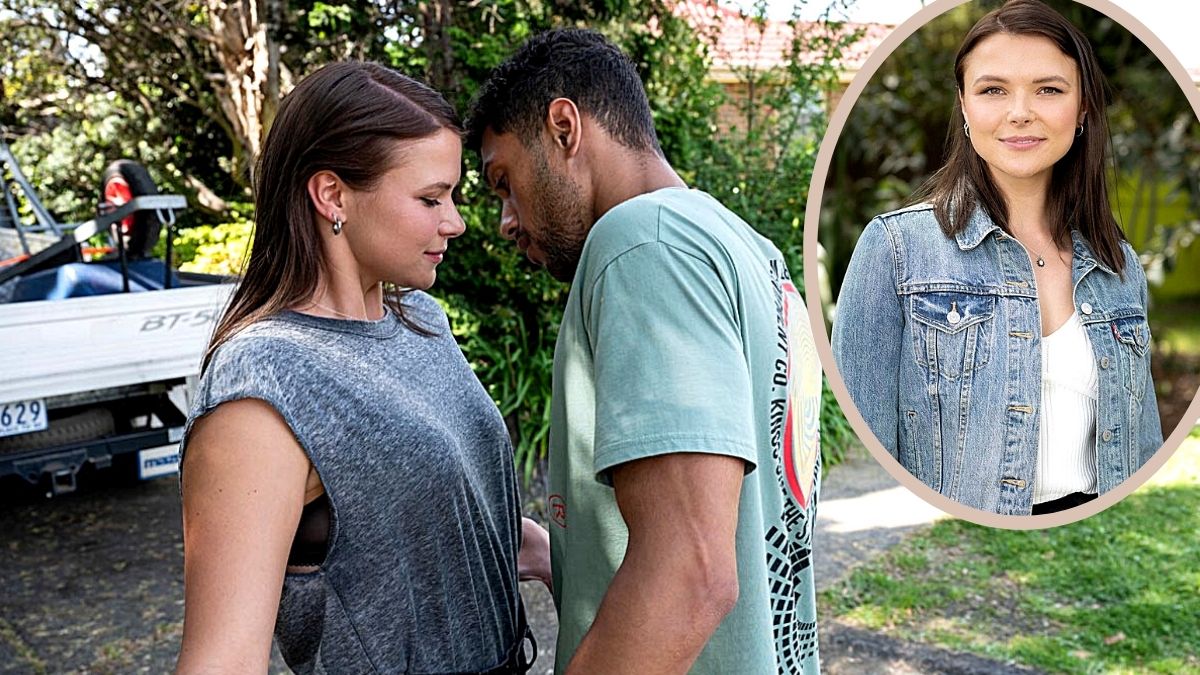 Newcomer Freya continues to raise heads on Ramsay Street next week on Neighbours in the UK, until Roxy reveals her true intentions explosively.

Freya Wozniak (Phoebe Roberts) had her Neighbours debut last week in the UK episodes, and she will make her Australian debut on Tuesday, January 25th. It doesn’t take long for her to make a beeline for Levi (Richie Morris), and romance appears to be on the cards.

Levi is newly single, having broken up with Amy (Jacinta Stapleton) when she put her relationship on hold indefinitely to spend more time with her daughter Zara (Freya Van Dyke).

Levi is resolved not to let another opportunity pass him by, having already passed on a prospective relationship with Felicity (Isabella Giovinazzo) as a result of his, Amy’s, and Ned’s polyamory.

Freya was first noticed by him when she was loitering among the ruins of the Flamingo Bar, acting suspiciously as she scoured the rubble for anything.

Levi was left with more questions than answers as she said that she was looking for her scarf. He had no reason to be suspicious because no foul activity was suspected in the bar’s destruction, so he didn’t pursue the case any further.

In this week’s episodes, the two keep running into each other and rapidly become friends. It’s not long until Sheila (Colette Mann), who can’t stop herself from interfering in her grandson’s love life, tries to set the two up on a date, which Levi gladly accepts.

They go on a couple more dates, and a romantic spark develops quickly. Levi feels close enough to Freya on their second date — a steamy one in which the two walk to the Lassiters rooftop pool – to open up about his childhood suffering at the hands of bullies Mitch (Kevin Hofbauer) and Nelson (Rhys Mitchell).

The street gets together for another of Ramsay Street’s legendary cricket matches at the start of next week in the UK (Monday 31st January), and one week later in Australia (Monday 7th February).

It allows Levi to get to know Freya a bit better, and before long, they’re sharing an awkward kiss on the street. Levi even discovers why Freya came to Erinsborough in the first place, and while her explanation is unusual, Levi’s suspicions are quickly dispelled by their connection.

While Freya has persuaded Levi that she can be trusted, not everyone is convinced. Which Ramsay Street neighbor is dubious of her motives and initiates an investigation into her past?

The next day, Levi is persuaded by the feisty young firecracker to have a joyride in his police car. It’s out of character for the normally level-headed cop, but he caves in for the sake of his blossoming romance, and the two go on yet another fantastic date.

Their joy, however, may be fleeting, as Freya’s true intentions are revealed at the end of the episode, which will air in the UK on Tuesday 1st February and in Australia on Tuesday 8th February.

Freya is caught red-handed by Roxy, who questions her intentions with Levi. Levi, on the other hand, appears to be so enamored by the newcomer that he doesn’t seem to mind what Roxy has to say.

Is Roxy’s paranoia justified, or is there more to Freya than meets the eye?